How can EicasLab help you?

EicasLab covers all phases of the design process. For each phase, specific tools are available with many features and utilities able to support you. 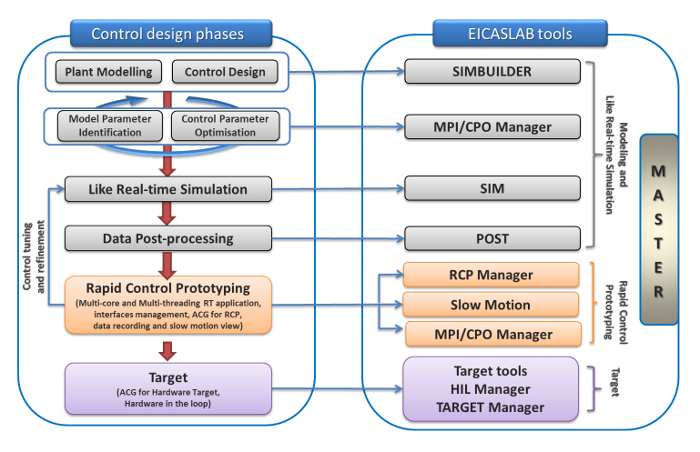 You can build all control design phases in a single EicasLab project.

Here below a sketch of each operative mode is provided. 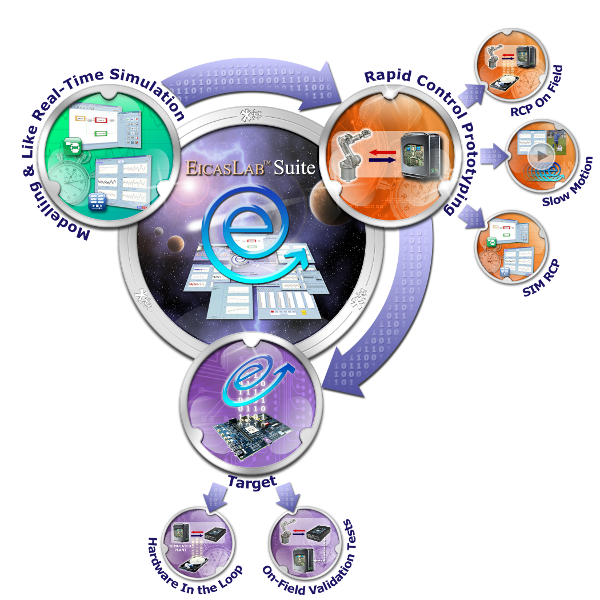 The Modelling and Like Real-Time Simulation operative mode enables the designer to conceive and implement its control strategy using the EicasLab SIMBUILDER tool, driving the attention to the final control hardware and software architecture from the beginning. Multi-processor architectures and multi-level hierarchical controls are managed. The control software is subdivided into control functions, each one having its own sampling frequency and a time window for its execution, fixed by the designer. The simulation campaign can be performed with the EicasLab SIM tool able to faithfully emulate "like real-time" the expected final software and hardware architecture. For running this operative mode you only need a standard PC equipped with Linux or Windows O/S and with the EicasLab suite. 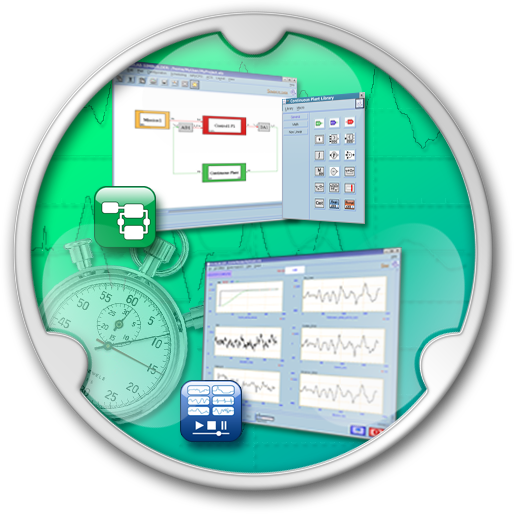 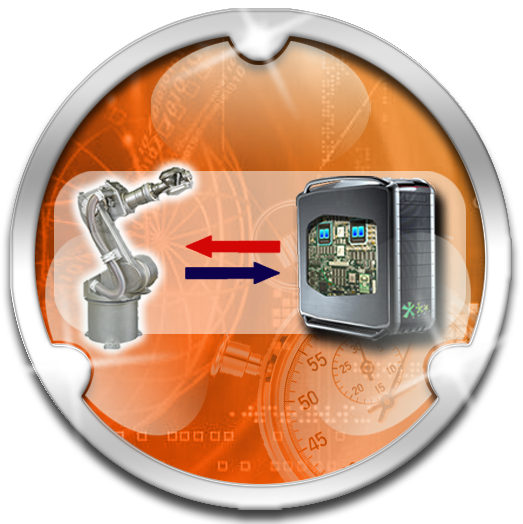 This sub-mode allows carrying out the Rapid Control Prototyping activities where the plant under control is real and the control strategy is executed in real-time directly in the PC equipped with a RTOS and the EicasLab suite.

In this sub-mode the real Plant is connected with the PC through real-time interfaces directly programmable into EicasLab. The control functions are scheduled and their relative timing is assured by the Real-Time OS, where advanced multi-threading and multi-core programming concepts are applied. The Basic Software necessary to manage the RCP Platform is automatically generated. 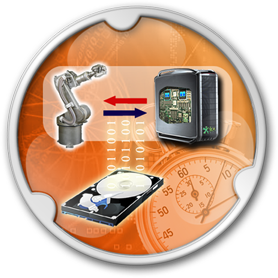 This sub-mode allows to debug and analyse the performance of the same control code that run during the RCP trials. Slow Motion feature consists in recording every inputs of the platform during the trial and then to re-execute offline, in the EicasLab simulation environment, the whole trial starting from the recorded experimental data. 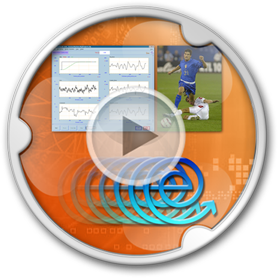 This sub-mode makes very easy switching from real-time to the simulation environment in order to perform further analysis with the same control algorithms experimented on field.

The SIM RCP tool is able to use the overall control configuration developed and tested on field during the RCP phase, for further analysis in the EicasLab simulation environment. 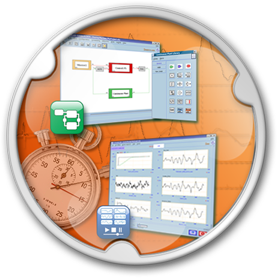 Once generated the control code for the final target, you can directly transfer it into the target for performing the compiling process and then for executing.
Both Hardware-in-the-loop and Final Validation Test can be performed by using the above mentioned EicasLab RCP Platform suitably connected with the final hardware target. Two sub-modes are foreseen, as below described. 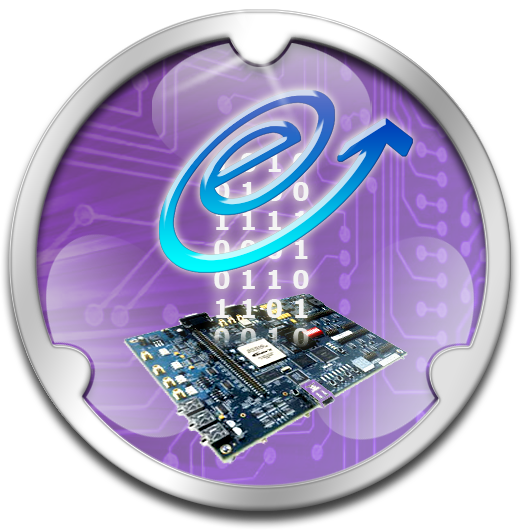 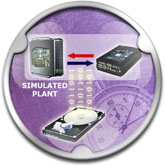 The target hardware is programmed with the generated code and it commands the real plant. If needed, the RCP platform can be suitable connected to the target to run as host PC that works as monitoring system. The overall trial is managed through the EicasLab TARGET Manager Tool running on the EicasLab RCP platform. During the execution on the target, data can be visualized on the TARGET Manager GUI and they can also be recorded on the disk for a further post processing analysis. 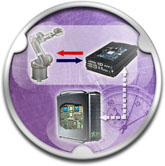