Design and validate the rotating table control in simulation

EicasLab Demo is a freeware edition of EicasLab Suite, designed with the aim of showing you the potentiality of the Modeling and Like Real-time Simulation operating mode on the control design for the rotating table application case.

EicasLab Demo shows you how EicasLab Suite can help you in control design and simulation, by presenting a comparison of the most common control algorithm techniques, applied to a “rotating table” single axis control application. The control has been designed on the basis of a “simplified model” and applied to a simulated “fine model” of the rotating table. The “fine model” includes frictions, backlash, elasticity and hysteresis affecting the transmission from the motor and the table.

Moreover, the possibility to program an “User” control by adopting any one of the considered control architecture is given, in order to allow you to build your own control algorithm and to perform comparison with the other predefined test cases. 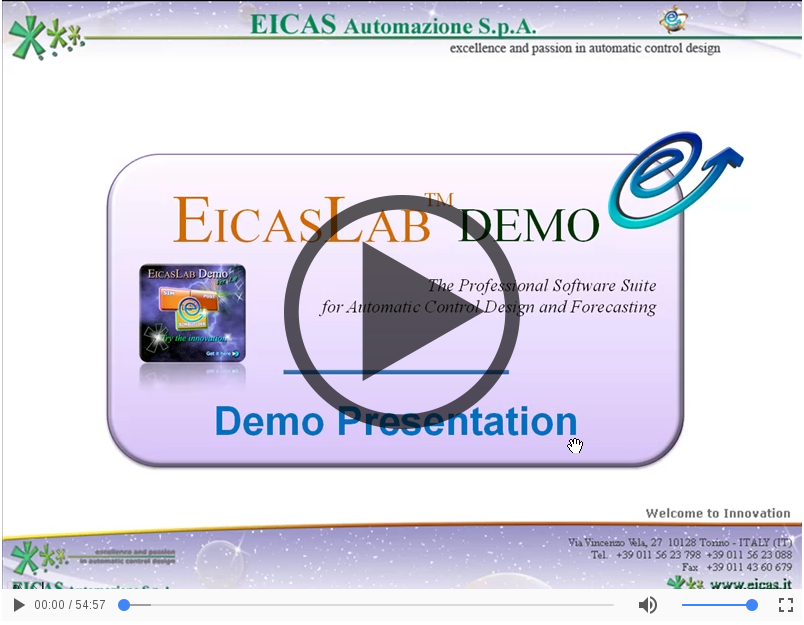 The EicasLab Demo is available both for Linux and for Windows

Rotating Table Demo - Linux Installer - You need to login to download this object.

NOTA BENE: EicasLab Demo was compiled for 32-bit Operating System. Running it on 64-bit architectures might require the installation of 32-bit libraries. In case of problems in finding the correct libraries please contact us.

Rotating Table Demo - Windows Installer - You need to login to download this object.

The EicasLab Demo version for Windows requires that on your PC are installed the following software packages of third parties provided under their own licence agreement, namely:

The above EicasLab Demo installer, will automatically install the listed packages if they are not found in your PC.