EicasLab is an environment where the designer can develop all the algorithms and software related to the "plant controller", including both the "automatic control" and the "trajectory generation".

To perform such a task EicasLab provides three main pre-organised working areas, specifically devoted and customised to program the different parts of the project:

The Plant Area allows an accurate and efficient development of your plant models, providing a general and accurate model for the typical nonlinearities, such as the hysteresis, friction, backslash and other nonlinear effects, that typically are neglected in the control algorithm design but that may act on the frequency band of the control.

The Control Area allows developing the control system architecture and it is conceived to comply with different hardware and software architectures, including multi-processor and multi-hierarchical level control systems. In EicasLab, the controls are organised in control functions belonging to the same processor or more processor blocks that can constitute a Processor Network.

The Mission Area is composed by two parts: 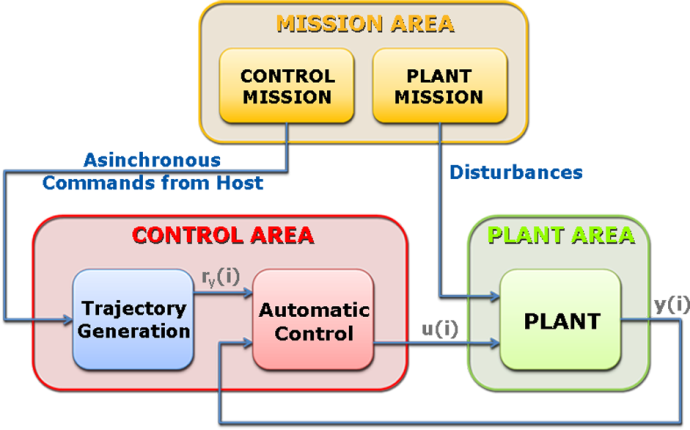