The Automatic Algorithm Generation (AAG) is the EicasLab advanced feature, available in the AAG module, specifically oriented to design the control according to the EICAS control design methodology. The EICAS methodology gives a specific relevance to the plant state observer - the task of which may be extended to estimate and to predict the disturbance acting on the plant - and to the reference generator, used for computing the open-loop action.

The control is performed as sum of three actions:

The plant disturbance compensation is an original control feature, which allows to reduce significantly the control error.

The designer can choose among three control basic schemes and for each one he has the option of selecting control algorithms at different levels of complexity. 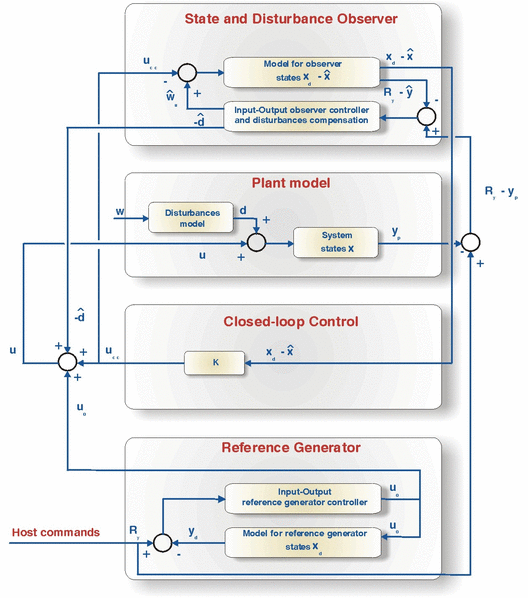 Starting from the control system requirements and from a simplified model of the plant to be controlled, AAG automatically generates the whole control algorithm.